The Liverpool Telescope is a 2.0 metre unmanned fully robotic telescope at the Observatorio del Roque de Los Muchachos on the Canary island of La Palma. It is owned and operated by Liverpool John Moores University, with financial support from STFC.

Scheduled work on the network at Liverpool Science Park might cause an outage at Liverpool John Moores University's Astrophysics Research Institute (ARI) on 28th and 29th January. If an outage does happen, the Liverpool Telescope will still run as normal (weather permitting) and observation management with RTML and the Phase2UI will remain unaffected. The outage would only prevent transfer of raw data from the LT to the ARI, and user access to the data archive and LT website. We apologise for any inconvenience this outage may cause.

Latest News from the LT 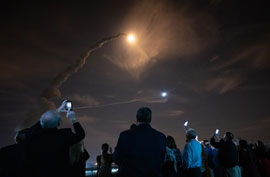 Humanity begins its return to the Moon
19 Nov 2022

NASA began its program of returning astronauts to the Moon and beyond (Mars) with the launch of the Artemis 1 mission on Wednesday 16th November. The 25-day mission will see the uncrewed Orion capsule orbit the ~Moon before returning to Earth on 11th December. The LT captured images of Orion on its way out to the Moon a day after launch. [full story] 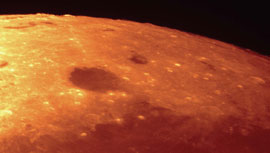 The Moon was observed in polarised light during a recent total lunar eclipse, using the LT's MOPTOP polarimeter. A polarisation of 2% was found, which has implications for exoplanet searches. [full story] 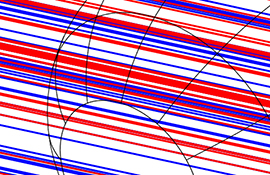 The atmosphere of Triton in greater detail
20 Apr 2022

An occultation of a star by Neptune's Moon Triton in 2017 has yielded data which advances our understanding of the structure of Triton's atmosphere. Comparisons with earlier events, as far back as a Voyager radio occultation from 1989, implies the atmospheric pressure might have risen in the intervening years but is now back to its 1989 level. [full story] 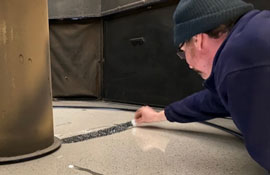 On 10th March telescope director Iain Steele and engineering manager Stuart Bates flew to La Palma for two weeks to address the most pressing maintenance tasks that had built up during two years of travel restrictions to the island. [full story]

A few weeks ago one of the most exciting telescope-related events of 2021 was the launch of the James Webb Space Telescope (JWST). It began its journey with an accurate launch into L2 transfer orbit at 12:20UT on 25th December 2021, and was observed by the LT hours later as it departed Earth. [full story] 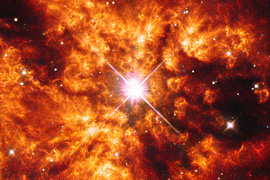 LT observations have helped unveil a previously unknown class of cosmic explosion. Research recently published in Nature and soon in the Astrophysical Journal describes the discovery of a new class of supernova — a type "Icn". [full story] 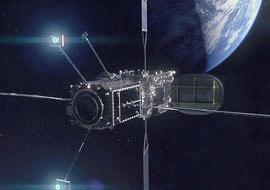 For the first time, remote-controlled spacecraft have begun servicing communications and Earth observation satellites in geostationary orbit to extend the amount of time they can remain in service. [full story] 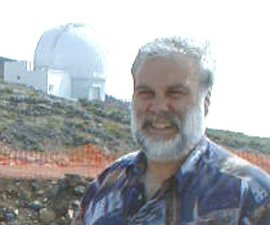 We are sad to report the death over the weekend of our friend and colleague Professor David Carter. Dave joined LJMU in 1996 as Project Scientist for the Liverpool Telescope and his determined efforts played a large part in keeping the project on track during a difficult construction phase. He was an outstanding scientist who always took a constructively sceptical approach to the prevailing consensus, and an excellent mentor to younger colleagues and students. [full story] 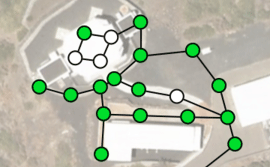 A virtual tour of the Liverpool Telescope site in La Palma is on this website at the Site Tour page. You can walk around the site, even into the telescope enclosure itself, and switch between day and night views. [full story] 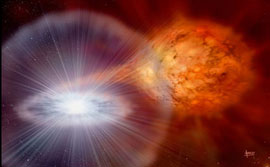 The expanding debris shells from two separate novae that were seen to erupt decades ago have been discovered and characterised in a recent paper by Éamonn Harvey et al. The paper shows that new nova shells can be found from archive data and new limited multi-epoch followup data from small to medium-sized research telescopes. [full story]